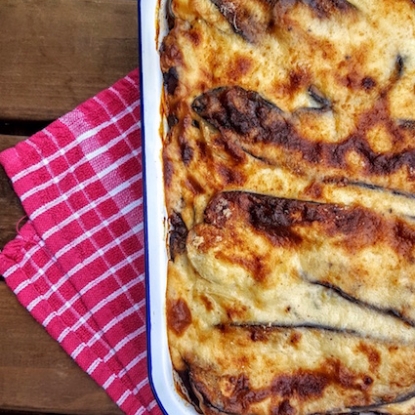 A classic Moussaka is a dish made by layering aubergine with a meat filling and topped off with a creamy sauce, baked to golden perfection. It is one of the most widely recognized of all Greek dishes and one of the most filling! Here is a vegetarian alternative. A word of warning, this is definitely a meal to make at the weekend. While it can be time consuming to prepare, I think you will find that once complete it is a very worthwhile endeavour. I served this with a light salad and a glass of wine!

Place the sliced aubergine in a large colander, sprinkle with sea salt and set aside.

Put the sliced mushrooms, leeks, garlic, oregano, mint, cinnamon in a large frying pan with a tablespoon of olive oil. You may need to do this in two batches and the mushrooms need a little space so that they don't steam and produce too much water. Add the tinned tomatoes, tomato purée and red wine and cook until excess fluid has evaporated and the consistency is thick and shiny. Season to taste.

In a separate frying pan, heat a tablespoon of olive oil and add the courgettes with a little salt and pepper until cooked. Set to one side.

Rinse the salt off the aubergine under cold water and pat dry in a teal towel. Heat 3 tbsp of olive oil in a frying pan and fry the slices of aubergines for 2-3 minutes on each side adding more oil as necessary. Set aside the aubergine on kitchen paper to drain excess oil

Preheat the oven to 180C

For the sauce, melt the butter in a sauce pan and stir in the flour. Cook for a few seconds, then slowly stir in the milk, continuously stirring to remove any lumps. Add half the cheese and grated nutmeg. Simmer the sauce gently for a few minutes, stirring regularly. Season to taste.

Remove the saucepan from heat and slowly add the beaten egg, whilst stirring.

Spoon half the mushroom mixture into an oven proof dish (mine was 28cm long, 22cm wide and 5cm deep). Cover with a layer of potatoes and a layer of courgettes followed by aubergines. Repeat the layer again and top off with the sauce, ensuring it covers in an even layer. Sprinkle the remainder of the cheese and bake in the oven for around 45 minutes or until the top is golden brown. 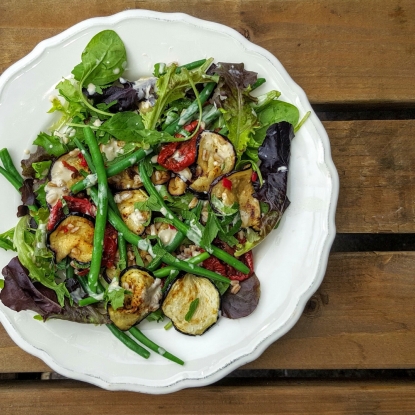 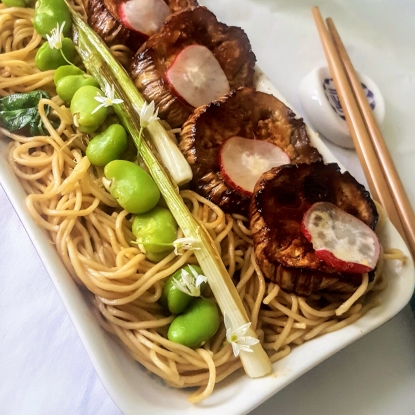 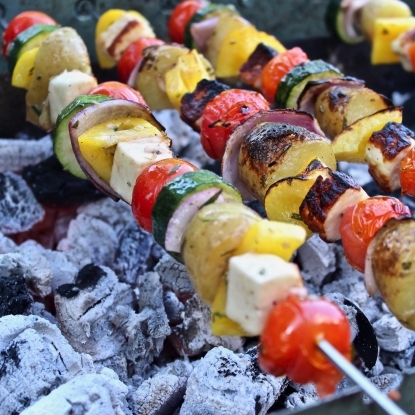 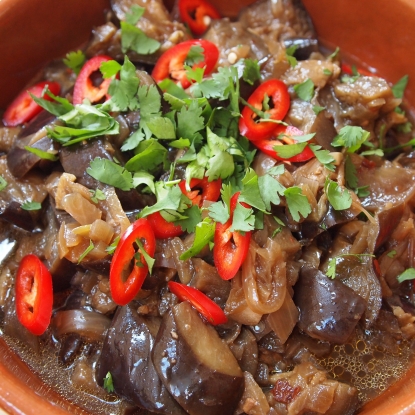 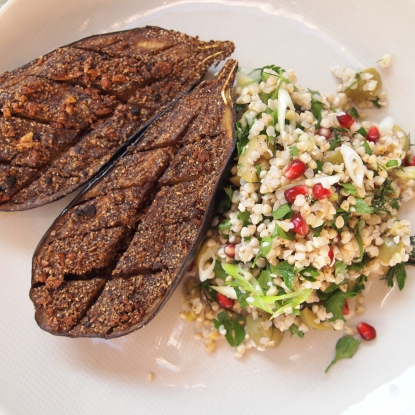 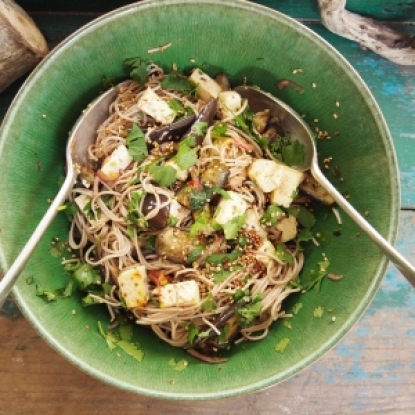