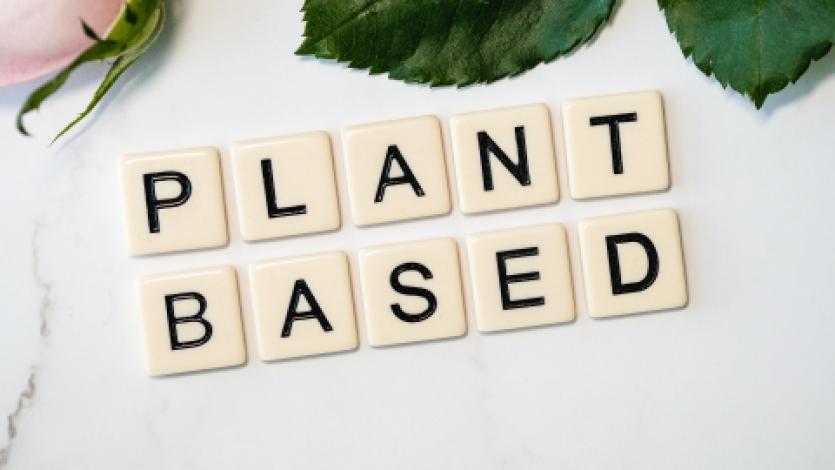 It’s Veganuary again, bringing with it the opportunity for anyone interested in trying veganism or making the switch to do so in a supportive environment, with plenty of tips, advice, and special offers. Whatever your reasons for going vegan this January, we're here to help you make the most of your experience, as well as everything in our weekly veg box!

Going vegan or cutting our meat and dairy consumption is easier than ever nowadays, as there are plenty of meat and cheese alternative available that you can use to make the transition less noticeable. Of course, being vegan does not necessarily make products good for you and there are many fake meat and cheese products that are heavily processed and not particularly healthy.

Below you’ll find some recipes for meat substitutes you can make at home out of humble veg and other simple ingredients, as well as some recommendations for good store-bought vegan meat and dairy alternatives from our resident vegan chef, Tantrem De Bastet.

Should you buy vegan meat and dairy substitutes?

Tantrem is a former meat-lover who went fully vegan in Veganuary 2017 for ideological reasons. He believes meat and dairy alternatives can help more people become vegan and are not inherently bad. “While there are loads of vegans who choose not to eat meat alternatives, there are plenty who like the taste,” he says. While the flavour and texture may resemble meat or dairy, they are not made using animal products, so are fine for vegans to enjoy. “I found my transition a little easier using alternatives", he admits.

Tantrem enjoys veganising his favourite meat dishes so he can enjoy the flavours he loves without supporting animal agriculture. While he tries to mainly cook with vegetables and tofu nowadays, there are a few store-bought products he still uses regularly.

“I am partial to Vivera Mince which is quite dry but really versatile. OMNIPork is also getting up there but is quite pricey at the moment. My go to sausages are Plant Chef Cumberlands from Tesco and also Richmond Meat Free Sausages. Ironic that Richmond make terrible meat Sausages but to me, their Vegan ones are some of the best. Also, Richmond Vegan Bacon is very good. Oh, and how could I forget the burgers? My favourite vegan burgers are by the Coop. Their GRO 1/4 pounders are lit.”

For recipes that call for some of the above products, try these stuffed squashes, stuffed cabbage leaves, and vegan jambalaya.

After extensive research, Tantrem has some recommendations here as well.

“My favourite plant milk is MOMA Barista Edition but I have recently been using GRO Oat Milk from the Coop. At £0.79 per litre, it is not to be sniffed at, and is delicious. My butter and margarine are by Naturli and are really rich and creamy. For cheese, it has to be the Mild Cheddar Style Sheese or Applewood Smoked . Watch the packaging! The Vegan and Dairy versions look too similar, and you could easily go wrong. These cheeses melt beautifully so are really versatile for pizzas and toasties.”

Try this traditionally very dairy vegan potato dauphinoise or this easy vegan “cheese” sauce recipe you can use for mac / cauliflower and cheese or any other recipe calling for a similar sauce (opens as a PDF).

Make your own vegan meat substitutes

Do you want to go a step further into your vegan journey and cut down on processed foods?

With the right texture and flavouring, certain veg can feel and taste very “meaty”. Try this bacon alternative made out of daikon radish and a secret blend of sauces and spices.

Swede is another unexpected veg that lends itself beautifully to becoming meaty. If you missed the recent Christmas ham recipe made with swede, you’ll be happy to know that vegan ham is for life, not just for Christmas! Fancy a juicy steak without the cruelty? Try this roast swede steak recipe served with couscous, labneh and wilted chard.

You can also use swede as a meat alternative in veggie chilli or veggie burgers.

You probably already know that tofu and seitan are pretty much universally used as meat substitutes in vegetarian and vegan cooking, but did you know you can easily make seitan at home and use it in your own recipes? Try this chilli “beef” seitan recipe from Tantrem’s own website (opens as a PDF) for an Asian-inspired example of what you can do with flour and seasoning.

We've collected some more easy veganuary recipes for you to try. Visit our vegan recipes section for even more Veganuary inspiration. You can find more recipes on Tantrem’s vegan recipe blog, including a large number of tofu recipes.

For more Veganuary tips, including Rachel’s tips for vegan baking and Kyra’s vegan cupboard staples, you can check out last year’s Veganuary post