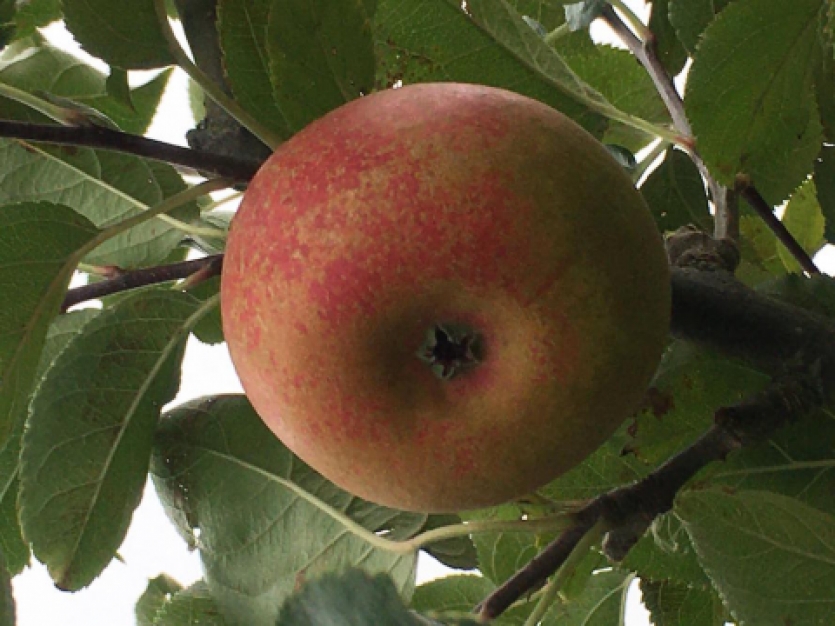 You may have noticed that some of the apples and pears recently have had black marks or blemishes on them. This is partly down to our policy of not rejecting food on cosmetic grounds, but it has more to do with supporting our apple growers through the worst year they have ever had.

Oakwood Farm, which is the orchard in East Sussex that supplies most of our organic apples, has had a terrible season. It's a similar story with all the apple orchards we source from. Danny from the Better Food Shed says that the apple and pear harvest this year has been about a quarter of what it was last year. As a result, we probably will only have a few more weeks of English apples before they run out, as opposed to last year's harvest where they saw us all the way through til early summer.

So what's going on? Carol and Matthew Wilson of Oakwood Farm have been running orchards for over 40 years and they say this is the worst year for apples they've ever had. Older people in the area say it's the worst in 75 years. It's a similar picture in Kent which is another big apple growing region. The reason for this is (yes you guessed it) climate change. If you can cast your mind back to spring, we had unusually cold weather in April. In Sussex they had 16 frosts that month causing them to lose 80% of the blossoms. Those blossoms would have turned into delicious apples. In addition to that, they're finding that more of the apples that did make it have blemishes because there's been more disease about. They're still perfectly good and safe to eat, they just don't look so pretty. Blemished apples usually get graded out and made into apple juice or cider but Carol and Matthew couldn't afford to grade to the same level this year otherwise they'd have hardly any apples to sell us.

So, what this means for you is, the apple variety we list on the website and on the newsletter may not actually be correct – it's a bit of an apple lucky dip for us, as Danny is just getting us boxes of what ever apple variety is available at the time. But we're trying to be as accurate as possible. It also means if there are some blemished or spotted apples in your fruit bag, not to worry, they are perfectly good quality, we're just trying to make those apples stretch further.

Once the English apples run out we may source some European ones, or we will have to rely more on citrus fruits from Italy and Spain. What ever happens, with our local staple fruit all used up, we will be completely reliant on European growers for fruit over the winter. We don't usually source produce further afield than Europe, aside from bananas, and this may become a real challenge for us over the coming months. But we will try to get you as much variety as possible.