Haulier hitches on the road to better food 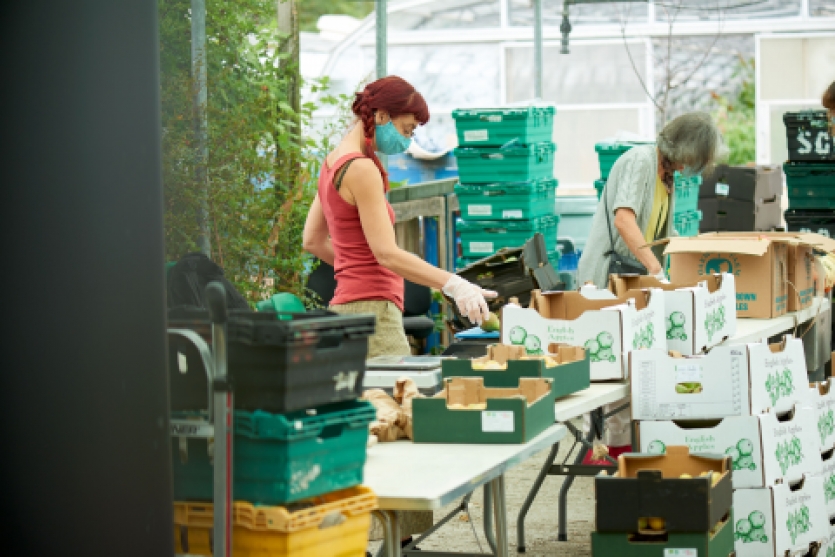 The supply chain disruption and fuel shortages started to have an impact on us last week as our supplier, Better Food Shed, struggled to get our deliveries to us in time. While the majority of our farmers deliver to the Shed directly using smaller vans, a few farms use hauliers to get their produce to London. Last week the shortage of hauliers meant deliveries took a lot longer and were much more unpredictable. Danny at the Shed was finding it very hard to get the haulage company to pick up the phone let alone give an ETA. On top of that, once the deliveries reached the M25 they were held up for hours by Insulate Britain protests blocking the motorway! As a result a lot of last minute changes had to be made to veg bag contents as the improvisation skills of our veg packing team were put to the test. We're glad that we managed in the most part to deliver decent bags of produce to our customers despite these challenges, even if they weren't exactly the contents we'd planned.

Until now we've been quite sheltered from the worst of the supply chain and the labour market disruptions as our farmers are mostly small, local and trade more direct than the just-in-time, cross-boarder supply chain that serves the majority of the grocery market.

But we're starting to feel the pinch, partly with late und unpredictable deliveries but also in the price of produce. We're relieved to hear that the farmers who were let down by hauliers last week have now arranged for their own transport, which should help avoid the worst of the delivery issues. However, many of the farmers we work with are struggling with staffing and are raising the wages they offer to attract the right people for the jobs. The knock on effect for us in that the produce is getting more expensive and sometimes our farmers simply don't have the staff capacity to harvest and package all their produce, so there is less availability than we'd expect at this time of year.

Looking at the bigger picture, we hope that eventually these disruptions to these systems will instigate a shift in consumer behaviour, consciousness and understanding of how complex and vulnerable our economy is and how very reliant we are on cheap energy and labour. Ultimately we think that paying farm workers and other key workers (which we all now know includes truck drivers!) higher wages and improving working conditions is a good thing, and a shift to more localised economies would help us transition towards the zero-carbon economy that we so desperately need. Perhaps this is (another) a wake up call. We're proud to be providing a service that mostly circumvents this globalised fuel-hungry system but we can't avoid all the hiccups that systemic upheaval will bring.

We thank you as ever for your patience and loyalty as we continue to go through some quite momentous global events.