Have a green spring! Enjoying spring crops in our veg bags, gardens and nature 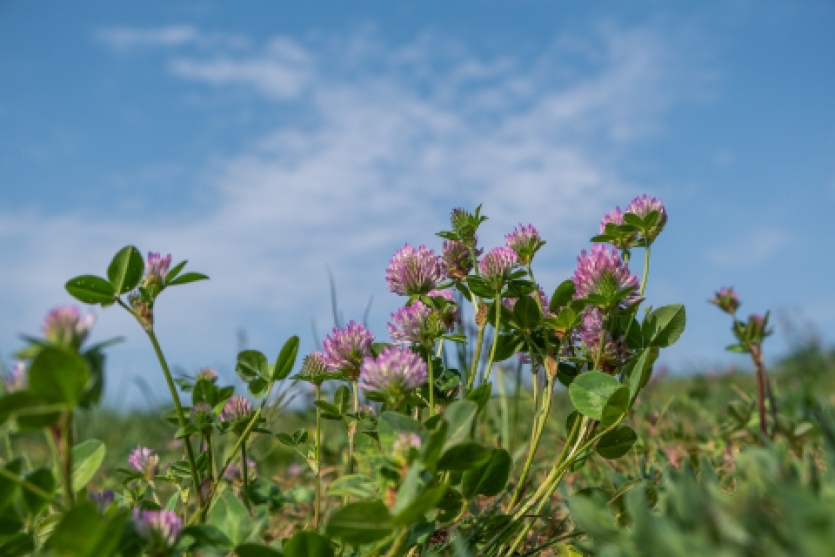 After what seems like an unreasonably slow, long winter, we’re ready for warmer, sunnier weather and spending more time outdoors. Spring is the season of green leaves, flowers and shoots, and we’re so excited to see things begin to grow and take shape on our Wolves Lane site.

While we wait for summer crops to be ready, why not celebrate the season of renewal by adding some local spring crops to your diet? Whether found in our veg bags, picked fresh in your garden or foraged from green spaces around the borough, they will brighten up any dish and give you a much-needed vitamin and mineral boost.

Spring crops to look forward to in your veg bags

As we slowly but surely move through this year’s hungry gap, you may have noticed some local spring crops in your bag.  There will be plenty more appearing over the next couple of months. Here are some of the usual (and unusual) suspects you’re likely to see.

The first cabbage of the year, with lovely dark green leaves. Spring greens are incredibly versatile. They can be sauteed like chard or kale or used instead of other greens in pies, soup, and even pesto. They even make great gluten free wraps! Check out our spring greens recipes for even more inspiration.

With its wonderful garlicky flavour, green leaves and edible flowers, this highly popular wild plant is in season now. The flowers make a lovely addition to salads and the leaves can be added to everything from soups to green sauces, bakes and more. See our wild garlic recipes for more ideas.

There are always plenty of interesting leaves to be found in our salad bags, alongside the more familiar rocket and lettuce varieties.  Can you guess which ones they are from the pictures in our recent Facebook post?

Extremely nutritious with plenty of vitamin C and iron, this hungry gap favourite can be steamed, roasted, sauteed or even boiled. You can also stir-fry it, as in this superfood-rich recipe, or use it in a hearty stew.

Most often used in classic desserts, such as rhubarb crumble or compote, rhubarb can actually be pickled too, or even turned into kimchi! Although it requires preparation, rhubarb is far easier to cook than you might think, and totally worth the (minimal) effort.

British asparagus season is short, but is definitely worth waiting for, as imported asparagus often comes with a hefty environmental price tag. Local asparagus is delicious and guilt-free.

Foraging for edible plants in and around Haringey

After a stretch of fine weather, and with some rain on the way, the marshes, woods and parks in Haringey and further afield in London are full of life. Even your own garden might hide some unassuming local delicacies masquerading as weeds. Foraging has a long, proud tradition in the UK, both as a way of harvesting and using free food and medicinal herbs and as a way of connecting with nature and adding some unusual ingredients to familiar dishes. There is a surprising amount of food to be found even in the most unexpected urban places. Hackney, Walthamstow and Tottenham marshes, Highgate woods and Springfield park are popular spots, alongside lesser-known locations kept secret by avid local foragers.

During April and May you can find a variety of fun plants growing around Haringey.

Some of you will have received packs of wild garlic in your veg bag, but you can also find clusters of it growing in damp, shaded areas in local parks and woods. 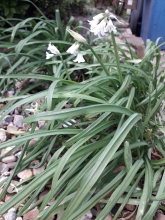 With its distinctive “triangular” leaves, this tasty edible plant from the allium family (alongside garlic, onions, leeks, chives, etc.) is often overlooked, as it's mistaken for a random weed. It can even be found growing wild in some people’s gardens. The image on the left is from Rachel’s garden, where you can find it growing in abundance. Before weeding it away, consider adding it to your next meal!  All parts of the plant are edible and can be used similarly to baby leeks or spring onions. They have a mild, yet familiar "allium family" flavour that works well in salads, quiches, soups and sauces.

Their sting makes nettles somewhat less popular with the casual forager, but in some circles they are prized for their medicinal properties and rich iron content. Boiling (such as for tea) and cooking (as you would other greens) removes their stinging quality and makes them perfectly edible, but if you’re going to forage for them, you’ll want to be wearing gloves.

The pretty flowers you can see in the main image of this post are edible and great for salads, but are also much loved by bees, so make sure you leave some for them.

Occasionally found in our veg bags, as part of our leaf packs or on its own, sorrel is great in pies, soups, quiches, salads, pesto and other recipes that call for green leaves. It can also be used for brewing tea said to have various medicinal properties.

The leaves can be picked now and are rich in vitamins and iron. They can be prepared like other greens. The flowers are good in salads or as garnish for drinks and desserts.

Of course, it’s important to forage safely, as some edible plants (and especially mushrooms) look similar to plants that may be poisonous. It’s also important to forage responsibly, respecting nature and ensuring crops will return next year. Some places, such as Walthamstow wetlands for example, don’t allow foraging because of their status as a wildlife refuge. Many edible flowers are essential for keeping pollinators alive, so it's important that there are some available for them. This handy foraging guide from the Woodland Trust offers some basic information for beginners. If you’re brand new to foraging, though, we recommend starting by going on a foraging walk with an experienced guide. One such guide is John the poacher, who’s been leading very popular foraging walks in the local area for many years. For walks further afield in London and other parts of the UK, as well as interesting Zoom talks about foraged food and herbal medicine, try Forage London or Totally Wild.

We’re in the middle of national gardening week, so no post about the joys of spring would be complete without a nod to growing your own food.  The RHS website has heaps of advice about turning your garden, balcony or even a sunny windowsill into a flourishing kitchen garden, plus suggested daily gardening activities for wellbeing. Salad crops such as lettuce, radishes, rocket, spinach and herbs can be sown now and be ready to eat in as little as a few weeks. If you don't want to commit to growing more demanding crops like tomatoes, cucumbers, etc., you'll find these much easier to care for.