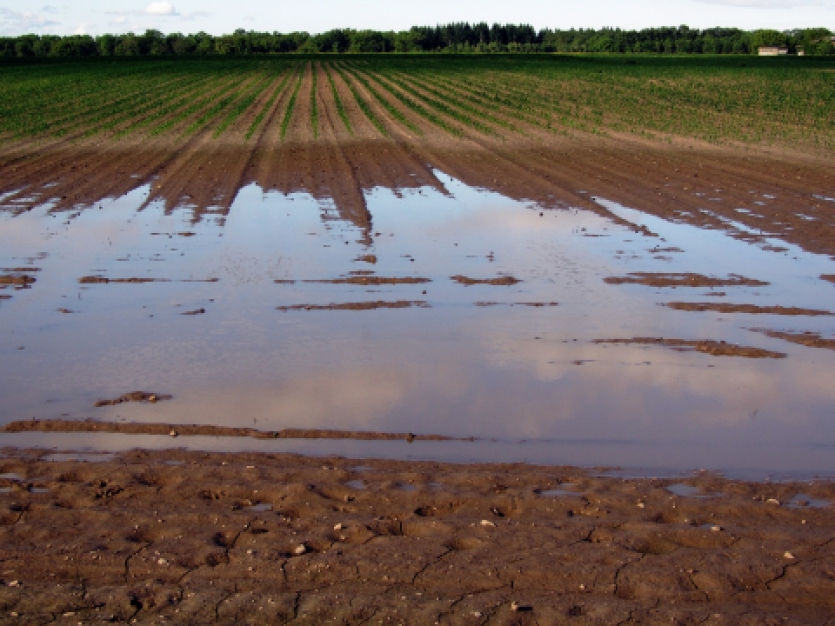 You may have noticed that there's some European produce in the bags at the moment. That's because we've reached the Hungry Gap and it's come early this year. Usually this is between late March to May. The Hungry Gap is the scarcest time of the year for British farmers as the winter crops are coming to an end, the stores of winter roots are running low and the new season crops are just being sown. During this time we should still have UK roots, leaves and brassicas available from local growers but this year they are in shorter supply than usual.

So we look to our European farmers to fill the gap. This is not our preference, both in terms of our values and our finances, as European fruit and veg is always more expensive than locally sourced produce, but it is a necessity at this time of year. Especially this year as COVID and Brexit have increased demand across the retail sector for local produce.

What's COVID got to do with it?

The initial lock down last year caused panic buying in April plus a surge in demand for local food, which meant our regular suppliers were selling what was usually reserved for us, to many other customers.  On top of this, last year had the wettest February on record followed by an exceptionally dry spring, and this impacted yields for the whole year, as spring planting was disrupted. Then come summer, farms were experiencing labour shortages as migrant workers, mostly from Eastern Europe were struggling to get back to the UK. Luckily most of the small farms we work with don't rely on migrant labour, so they weren't affected by this, but it meant other farms had reduced yields and it increased demand across the sector.

How has Brexit affected things?

Fast forward to this winter we had the double whammy of the extended cold weather and Brexit.  This was causing delays at the border and making imported produce much harder to source. So once again, this created greater demand for local produce. Meanwhile, our farmers had all their crops under a thick layer of snow unable to harvest. There was also a snow storm in Spain, which is very unusual for that region, which made sourcing from Spain to fill the gap in British produce really tricky.

Many larger farms are still having issues with labour shortages, as migrant workers are still either unable or unwilling to return to the UK. In fact, one of the largest organic farms in Norfolk, from whom we used to source staples like carrots and beets, has gone out of business completely, stating that extreme weather and Brexit meant they were losing so much money, they had to shut down.

If you look at the figures for how we sourced produce last year you can see that 72% of the produce we sourced last year was grown in the UK. 6% of that was grown in London. 26% was sourced from Europe and 2% from further afield (this is just bananas).

Compared to the UK grocery sector as a whole, we are doing a lot better. In 2019 the UK produced just 55% of its own food. 26% was imported from Europe and 19% from the rest of the world.

We're actively working to further reduce our reliance on imported produce. We're supporting the development of more urban growers and always prioritising buying from local producers and paying a fair price.  The bigger picture is that we don't have enough organic farms in the UK to meet demand and there are fewer organic farms starting up. Organic land in conversion has decreased by 17% last year due to uncertainty about the future and the prohibitive cost of land for new entrant growers.

There are currently limited government subsidies for small farms and horticulture, while most of the CAP farm payments go to large land-owners. DEFRA is working to level the playing field and is trialling new Environmental Land Management payments which would reward farmers for ecological stewardship of land. However, these will not come into effect until 2023.

It's great that demand has surged and there are more people wanting to buy local, but the impact for us is that there is less available produce to go round. Sarah Green and Ripple Farm now have many more of their own veg box customers in their local area, so they have less for us.

On the bright side

The Hungry Gap may be particularly challenging this year, but it's not new, nor does it last forever. And while you will be seeing more European produce in your bag during this time, we're still doing our best to source local produce as much as possible.

We're growing our own produce in Wood Green, some of which has already made an appearance in our weekly bags. We harvested 120 bags of salad yesterday, and we are expecting more as the weather warms up and sunlight hours increase. Watch this space for exciting updates about everything we're growing for you.

Our partnership with the Better Food Shed is making it easier for us to source direct from local organic farms and there are some new farmers coming on board this year.

In the meantime, rest assured that the European produce we source is always organic, much of it sourced from Organic Farmers Cooperatives and it's always shipped, not flown.