Organic September: Here’s why we’re supporting organic farmers and how you can too 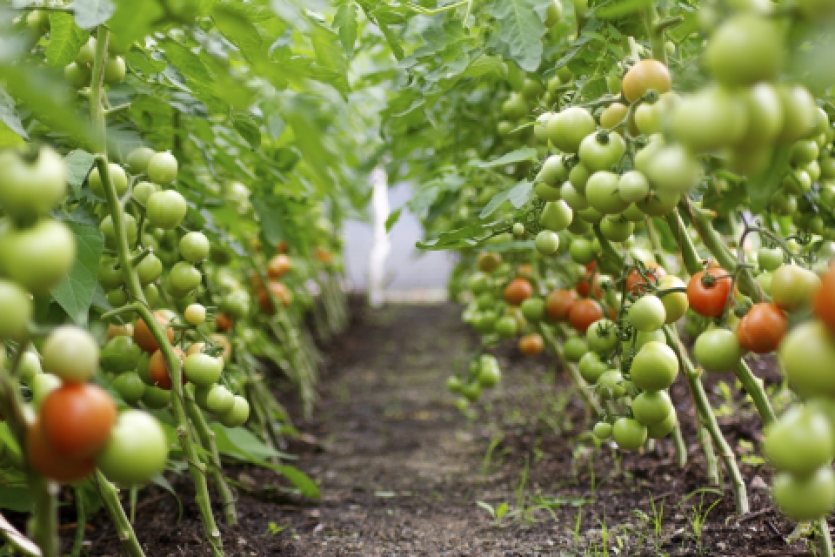 At Crop Drop, we’re proud to support a number of small scale organic farmers via our local veg box scheme. So we’re excited to mark the arrival of Organic September, the UK-based Soil Association campaign, by delving into the benefits of this nature-friendly, regenerative approach.

It’s become clear that the farmyard tales of our childhood are far removed from the realities of modern large scale agriculture. But there is a method of farming that has the potential to tackle the climate crisis, increase biodiversity and keep a growing population fed and healthy.

Picture a place where bees and butterflies happily flit among the crops, where the soundtrack is birdsong and the land produces an abundance of vibrant, nutritious organic fruit and vegetables without depleting the soil. This is a food system which has the power to reduce emissions (not send them rocketing), where the risks of flooding and soil erosion are lessened, and where the land and the people who work it are not suffering adverse effects from chemical fertilisers or pesticides. The good news is this isn’t some far-off dream. It’s the reality here at Wolves Lane and for all of our farmers. 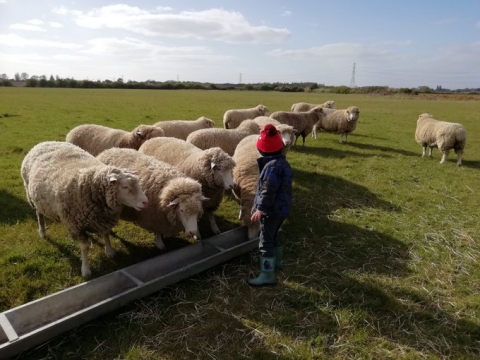 We’ve seen firsthand the transformative effect small scale, regenerative farming can have on the planet. Whether it’s the coo of the now critically endangered turtle dove ringing out across the lush fields at Ripple Farm, or CO2 emissions being slashed by our suppliers who sync up with the seasons instead of relying on heated greenhouses or chemical inputs. Then there’s the reduction in air and road miles that comes with farm to fork eating. But you don’t have to take our word for it.

Research has shown that organic farms are around 30% richer in plant and animal species, and are visited by double the types of pollinators, when compared with conventional agriculture. What’s more, the 'Ten Years for Agroecology in Europe' report found that agricultural emissions could drop by 40 % by 2050 if all of Europe’s farmland followed organic principles and we would still have enough to fill our cupboards with local organic produce. We think Martin Mackey co-owner of Ripple Farm speaks for all organic farmers when he says "it's much more rewarding to work with nature as opposed to dominating nature." 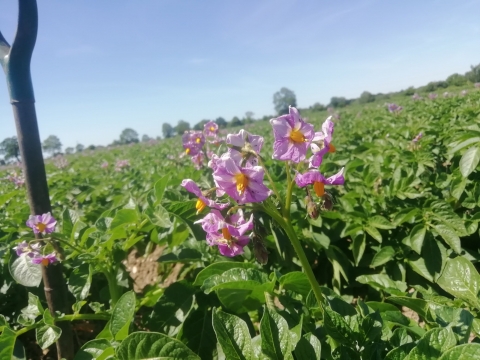 But surely without destroying all the pests yield will be drastically reduced? This is a common concern among critics but yield isn’t the only measure of success. Studies suggest we can feed a growing population and do it sustainably, but only with a radical overhaul of the entire sector. That includes tackling food poverty, the obesity crisis and the fact that a third of the food we produce never makes it onto our plates. As the Soil Association points out: “it’s clear that the issues of our food system extend beyond yields into distribution, diet, availability and waste.”

Alongside all the Better Food Traders, Crop Drop founder Rachel Dring has sounded the alarm on the damage being done by ‘farming as usual’. “On these large, non-organic, arable farms, hedgerows, essential habitat for wildlife, are removed to make larger fields easier for machinery to manoeuvre. On top of that, these large systems rely on chemical inputs – pesticides, herbicides and fertilisers which kill off insects, poison birds and degrade soil – essentially destroying the natural systems that underpin our ability to produce food,” she says. Organic growers, on the other hand, act as custodians of the land, helping to create the flourishing ecosystem that exists on a farm run according to organic, regenerative principles. 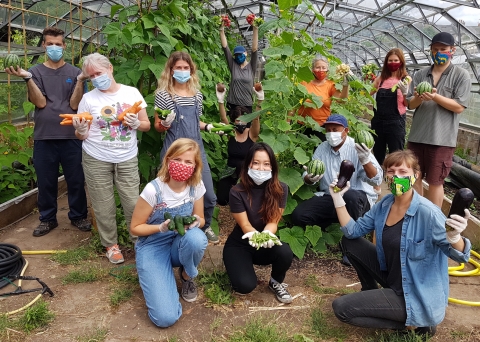 Our farmers have shown that crop rotation and plentiful wildflower margins (that encourage natural predators) do away with the need to eradicate ‘pests’ with toxic chemicals. And when the health of the soil is maintained, it renders fossil-fuel hungry fertilisers unnecessary. If that wasn’t reason enough to become a soil super fan, numerous studies have shown how healthy soils can play a significant role when it comes to mitigating climate change, with carbon-storing abilities being higher on organic soil than on conventionally farmed land.

Despite organic sales shooting up, only 2.7% of the UK’s total farmland is run organically. So this Organic September, we’d urge you to take the first steps towards a fairer food system either by joining Crop Drop or supporting your local veg box scheme or organic market. By doing so, you aren’t just giving yourself and your family a nutritional boost (researchers found “overwhelming evidence” that organic food is high in antioxidants and lower in toxic metals and pesticides), you’re also casting your vote for a sustainable food sector that nurtures your body and the planet.