How we keep it local 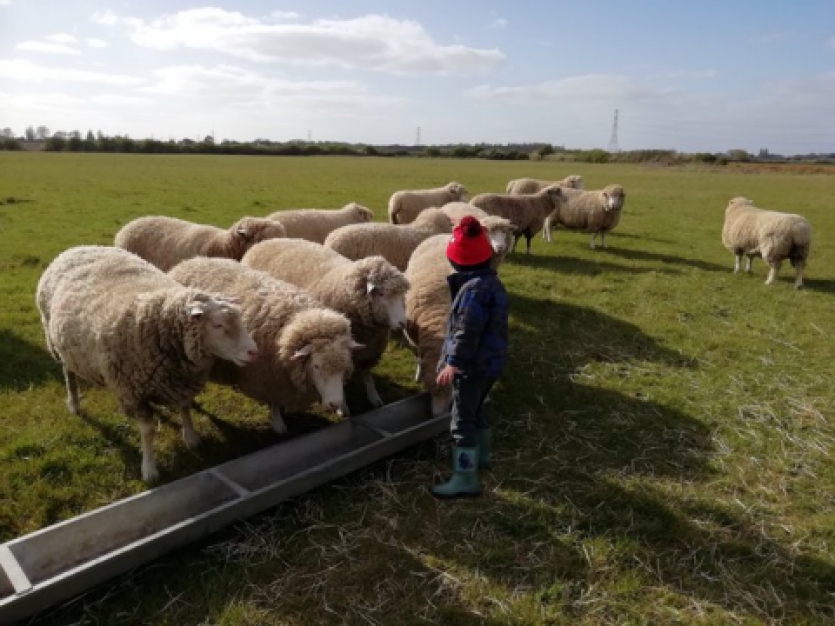 We always strive to source as much from small farms as nearby as possible and we monitor this closely throughout the year.  Our financial year ran from August 2018 to July 2019, so at the end of each year we look at the data and see how we're doing on our principles of local sourcing and direct trade. 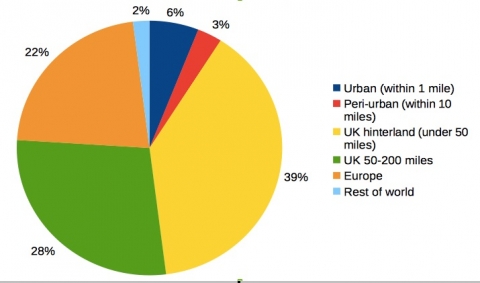 Last year we sourced 77% of our produce from UK farms.

How does that compare to the norm?

We import a greater proportion of fruit than vegetables as the UK climate doesn't support a great variety of fruits, and we have lost the majority of our orchards in the last half century. So, if we look more specifically at the horticultural sector, 53% of vegetables consumed in the UK were grown here and but just 16.7% of our fruit.

In comparison, Crop Drop sourced 69% of veg and 45% of fruit from the UK. So we're doing significantly better than the national average. But we want to do a lot better!

Last year we sourced 9% of our produce from within the M25. Our urban-grown produce doubled last year – the majority of this was from Wolves Lane, which is the food growing hub where we're based. The Peri-urban produce mostly came from Forty Hall Farm in Enfield.

48% of our produce was sourced direct from small farms within 60 miles – mostly Sarah Green in Kent, Ripple Farm in Kent, Hughes Organics in Norfolk and Oakwood Farm in Sussex.

It's important for us to track this figure - buying direct means that we have sourced the produce specifically from the farm rather than through a wholesaler. This means we're much more able to guarantee that it is fair trade (e.g. the farmers getting the price they need to farm sustainably and pay their workers a living wage) as farmers can set their prices themselves and we know 100% of that is going to them. It also allows for us to have a much closer relationship with the farmers, and we plan together each year - this provides stability for the farmers and means we have a guaranteed crop being grown just for us!

We don't set our goals against the status quo, but we're aiming higher!  We're guided by the more aspirational yet still pragmatic vision set out by Growing Communities Food Zones model, which looks at how we can feed urban communities in the most low-carbon, sustainable way possible – based on their 20+ years experience of community-led food trade, they've developed a model for what we could be eating, how it should be produced and where it might come from, if we are to meet the challenges of climate change and resource depletion and make our food and farming system fit for a future in which our supplies of energy and resources will be constrained.

We compare how we do against the national horticultural trade statistics and against Growing Communities Food Zones model, and last year we did pretty well!

We surpassed the FZ target of 5% for urban-grown produce by 1% but didn't even come near the peri-urban target of 17.5% - we managed 3%. This is partly because Forty Hall Farm had a big increase in their own box scheme numbers so had less to prpovide us, and because there are precious few peri-urban farms in London that are operating at a commerical level. We need more land for food growing in London!

We always want to do better each year, but for the last 2 years, weather and political events (Brexit chaos!) have affected our ability to source produce.

We look forward to updating you later in the year about how well we did in 2019-2020, in light of corona virus, the extremely wet winter & early spring that we had, and very dry spring/summer we're in at the moment. The hungry gap has been longer and harder than it's ever been and we are really looking forward to it being over!