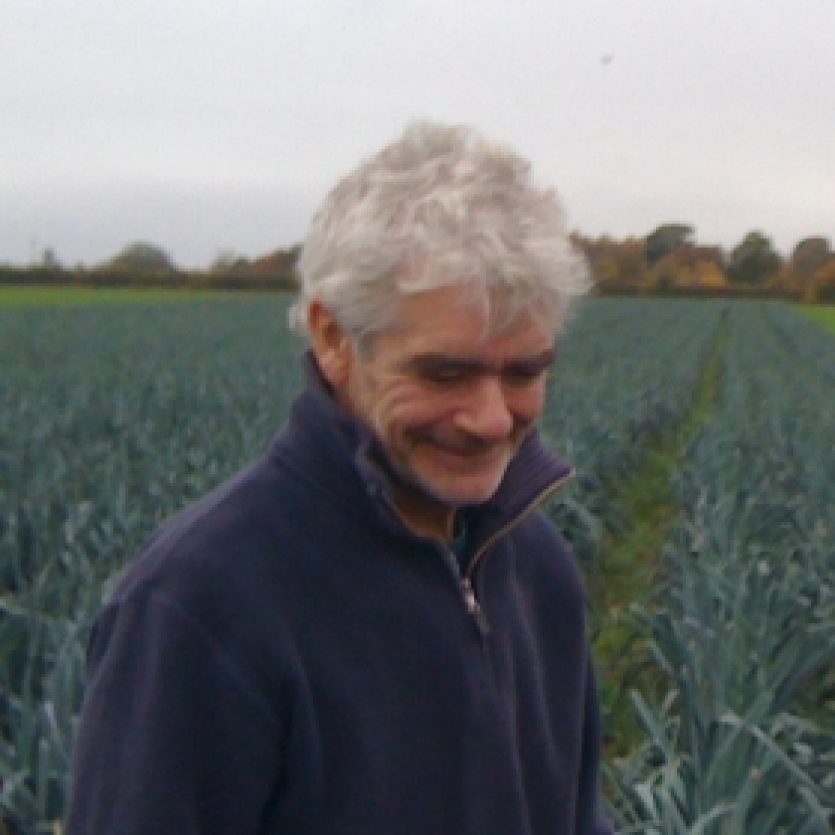 We're very pleased to be sourcing produce from Hughes Organics - we've wanted to for a long time, and did manage it for a brief period a couple of years back, until a few factors converged (our small order sizes, his produce availability and cost of delivery) to make it no longer viable. Now thanks to the Better Food Shed, a new non-profit wholesaler that's connecting small growers with small London veg box schemes, we're able to source from Graham again.

Hughes Organics is a family run farm - Graham, his wife Lizzie and son Josh are all involved. They have a long history of organic farming and are a big part of the organic farming community in East Anglia - there can be few people who grow or sell organic produce in East Anglia who have not done business with Grahame Hughes at some stage. Grahame has been growing organically since 1982. In 1992 he began renting a greenhouse and some land at Walnut Tree farm in Bunwell, Norfolk. In the late 1980's the amount of organic produce grown in this country was just a fraction of what it is today. Even so, there had been something of a trend for organic at the time and Grahame had been selling his produce to the supermarkets. However, during the recession of 1990 the supermarkets cut their organic lines and this forced Grahame to try and market his produce himself. And so started 'Hughes Organic'. Grahame was selling his own produce, and produce from other East Anglian organic farmers into local independent shops. He also began packing organic boxes, something very new at this time. In the years that followed Hughes Organic became the melting pot which oversaw the inception of many East Anglian box schemes.

A significant feather in Grahame's cap is teaching organic horticulture at Otley agricultural college near Ipswich. He did this from 1992 until 2000, when the course sadly stopped. That he would hold this position with no formal teacher training speaks volumes for the high regard in which he was held and also the rarity of his particular skills set. Grahame considers it to be one of the proudest achievements of his career that he was able to pass on knowledge to several people who have gone on to have careers in the organic industry, working for organisations like Elm farm and the Soil Association.

As the momentum in the organic industry took off there was a movement to create a co-operative of East Anglian organic farmers and Hughes Organic, with its established local supply network, was the obvious vehicle to base this upon. So in 2002 Grahame 'donated' his business and Hughes Organic became Eostre Organics, the marketing arm of the newly formed East Anglian organic growers co-operative. Eostre organics enjoyed substantial growth over the following years, as did the whole organic foods industry, but sadly it did not survive the 2008 recession. Grahame had been at the epicentre of the whirlwind that had shaken up the organic food industry but now found himself licking his wounds.

Fast forward to today and Grahame has restarted Hughes Organic, albeit on a more modest scale than some its former incarnations. Grahame is actually quite happy with the current state of affairs, the market is much more stable and he gets to spend much more time doing what he really loves the most-growing vegetables. He still grows in the greenhouse in Bunwell and is helped by his son Josh and wife Lizzie.

This veg box scheme was launched with help from the Growing Communities Start-up Programme which aims to transform the food system by helping people set up local, sustainable vegetable box schemes across the country.