In season this winter 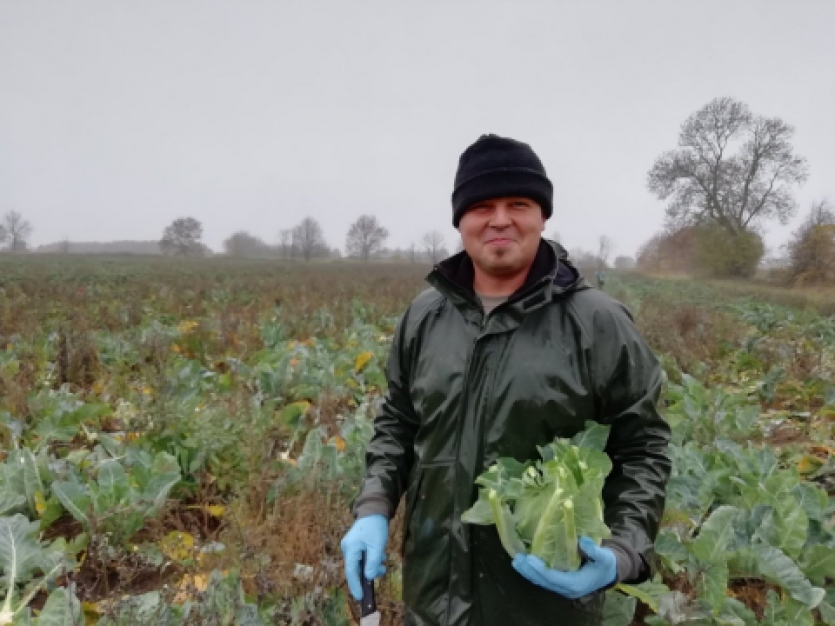 Well here we are. It's winter - we had out first frosts this morning!  So it's about time I gave you a bit of a flavour of what fruit and veg to expect in the coming months. You can be forgiven for thinking winter is a lean time for local food. But we actually have quite a lot of variety to look forward to. Admittedly, our London growers will have less to harvest now the tomato and cucumber bounty of the summer is over, but we do have some pak choi fattening up nicely at Wolves Lane for you and they'll be producing salad and kales through the winter.  The farms outside London who we buy direct from - mainly Sarah Green in Essex and Ripple Farm in Kent - will have lots of brassicas, leafy greens and roots to keep us going, plus we'll have some seasonal specials from Spain, like avocados, that have already started to make an appearance in the veg bags. It may seem counter intuitive but the European avocado season runs from November - January and we'll be making the most of it. 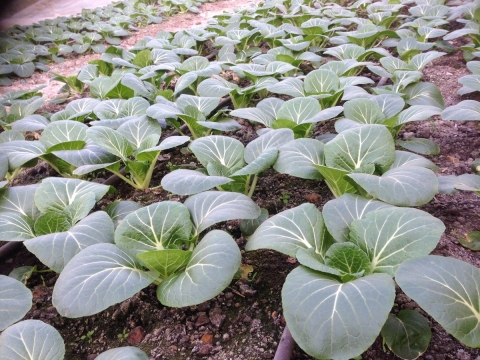 Up until now Sarah of Sarah Green's Organics, who supplies our veg scheme with her excellent Essex produce, had been pretty pleased with the "unbelievably warm November weather". It's been ideal for the vegetables, enabling them to catch up after the severe heat and drought of the summer.

We're still experiencing the impact of the extreme summer weather. Whole crops were lost. Both Sarah Green and Martin from Ripple Farm lost a lot of their sweetcorn and onions in the summer and leeks and cabbage are taking a long time to grow. Same with the cauliflowers - some are still the size of tennis balls when they should be fully grown by now. Luckily Bob, Sarah's main man on the field team (pictured above), managed to harvest a few large ones for us this week.

The weather certainly has made it tricky to predict what veg we’ll be eating and when. So with all that in mind here's a low-down of what we expect to be bringing you in the coming months:

Kentish apples & pears will be in good supply through the winter 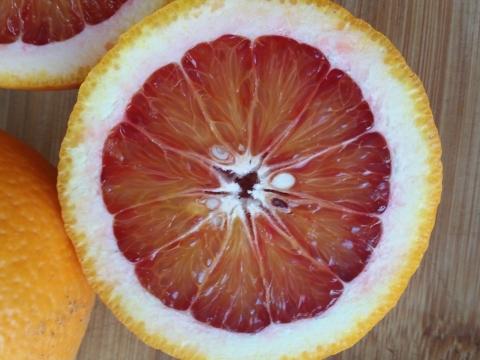 We’re starting to bring you citrus from Europe and you can expect satsumas, clementines, oranges and grapefruits over the coming months. In February blood oranges will be in season.

The Spanish avocado season starts now until about late January/Early February so expect some of those occasionally.

Also Spainish sweet potatoes are in season now. We don't like to import too much – we prefer to buy direct from our small local farmers but occasionally, to keep things interesting we'll source from Europe – but we make sure it's always organic and shipped rather than air freighted to keep it as low-carbon as possible. 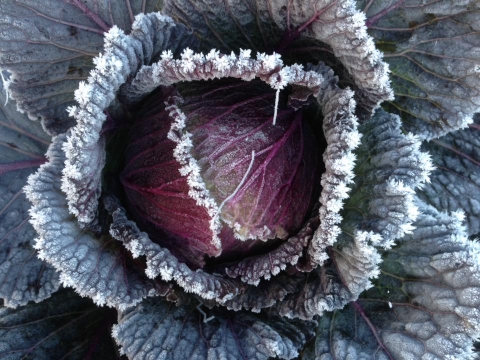 In January there'll be more of the same plus spring greens and the chunkier roots like swede & celeriac will come into their own for your hearty winter stews, roasts and pies.

Purple Sprouting broccoli arrives to delight us for a very short season in late January/February.

This veg box scheme was launched with help from the Growing Communities Start-up Programme which aims to transform the food system by helping people set up local, sustainable vegetable box schemes across the country.