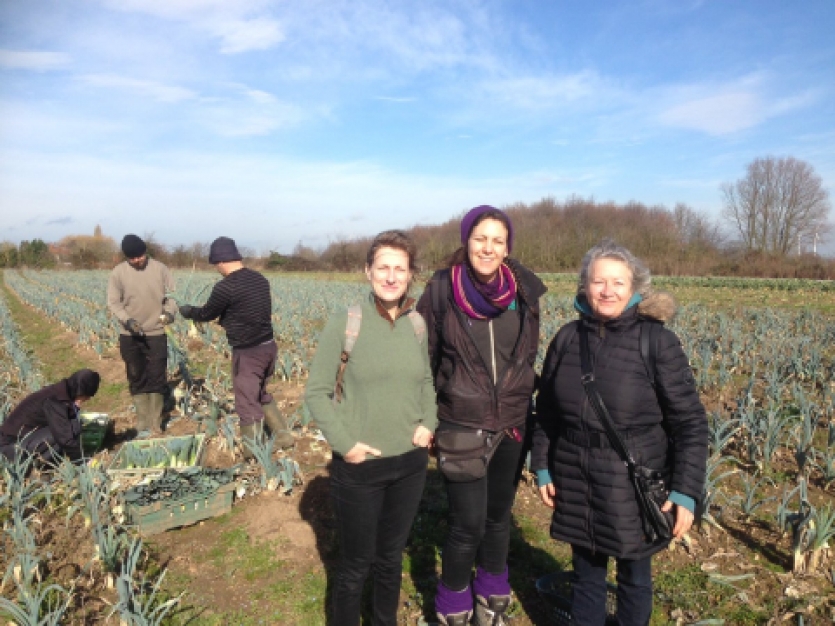 On Monday we visited Sarah Green's farm in Essex, right near the coast in Tillingham. It was the perfect day for a visit – bright, breezy and unexpectedly warm for February. At this time of year farms generally don't look that impressive, they're not full of lush ripe plants like they are in the peak of growing season, but when you look a bit closer you can see there's lots going on, broad beans seedlings underneath protective net covers and rhubarb sprouting up through a mass of hay. Spring is coming! 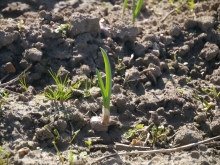 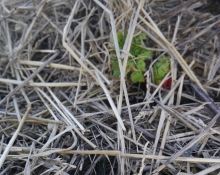 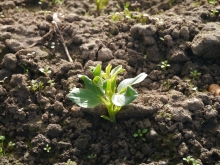 Three generations of Greens have farmed on this land. Sarah grew up on the farm and had always wanted to work on there alongside her dad. She went to agricultural college but when she returned the farm wasn't making enough income to be able to afford to take her on. At the same time the farm was not organic. Sally, Sarah's mum who ran a grocery store in the local town noticed more interest from customers in organics. So they decided to convert some of the farm to organic production. They started with 25 acres, out of their 140 total acreage, and it really took off. Sarah now runs 40 acres of organic growing on the farm and runs her own box scheme for the local area, sells at farmers' markets, to restaurants and other veg box schemes, like ours. For Sarah, the proximity to London is a real advantage – it's only a 90 minute drive away. The growth of small London box schemes like ours and the other Better Food Traders has really helped to grow her business. 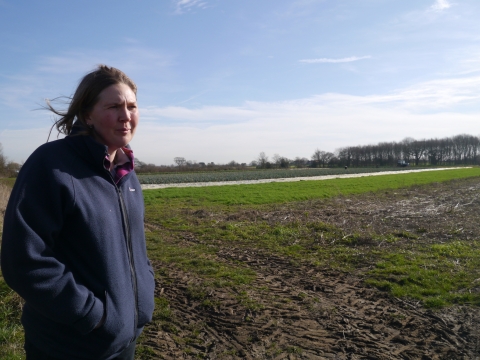 The farm contributes to the rural community, employing eleven staff on the farm, the majority of whom are from the local area. She also has three Eastern European workers – one of which, Bob, is now permanent, and the other two work seasonally. She's concerned about what will happen when we leave the European union as she's really reliant on her European staff for the field work – it's tough work, often in very cold, wet conditions and it's very hard to find local people that will do that kind of work. It's one of the harsh realities of agricultural work – it's hard work and low paid so it only really makes sense for migrants who's wages can go a lot further in their home countries. 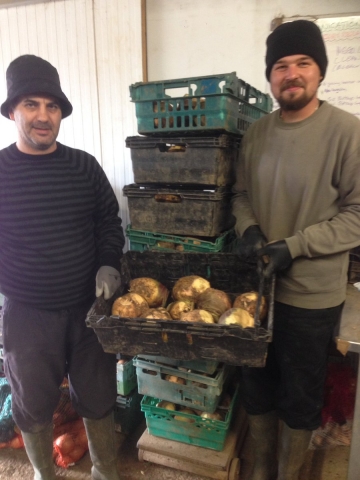 Sarah shows us long rows of lush spring greens growing quietly underneath protective covers to keep the pigeons off. Many of her crops have net covers on them as the pigeons will decimate anything that's uncovered. There's also chard, garlic and broad beans beginning to sprout and also long rows of parsnips and carrots growing beneath the soil. 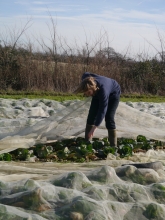 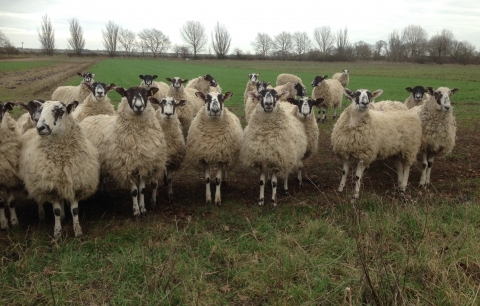 What she does have in abundance at the moment is leeks – a vast field of leeks. There's also a whole field of kale and cabbage which has been keeping us supplied with lovely greens all through the winter.

Sarah uses manure, compost and green manures on her farm to keep the soils rich and fertile. Her dung heap is quite impressive! She shows us a patch of field that has green manure down. It just looks like a grassy field to us but it's so much more than that. The grasses and clovers that make up the green manure are nitrogen fixers, so they're depositing essential nutrients back into the soil. When she's ready to start using the field again, she'll turn the grasses into the soil. Sarah has recently introduced a herd of sheep onto her farm. This creates more fertility than just turning the grasses into the soil. At the moment she's using her neighbouring farmers sheep but she's going to get her own herd soon – grazing really helps to improve soil fertility and also diversifies the farm's income through selling the wool and meat. Sarah's excited about her new sheep project. 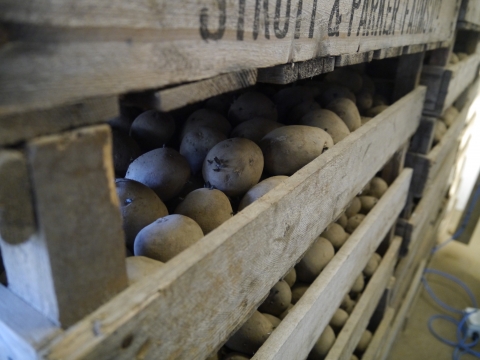 Back in the farm yard Sarah shows us her chitting potatoes which are all piled up preparing to be planted. And in the barn we see her onions stores, her potato grading machine and the shed within the barn where all the greens are weighed and bagged up by her “barn ladies”.