Reasons to be hopeful 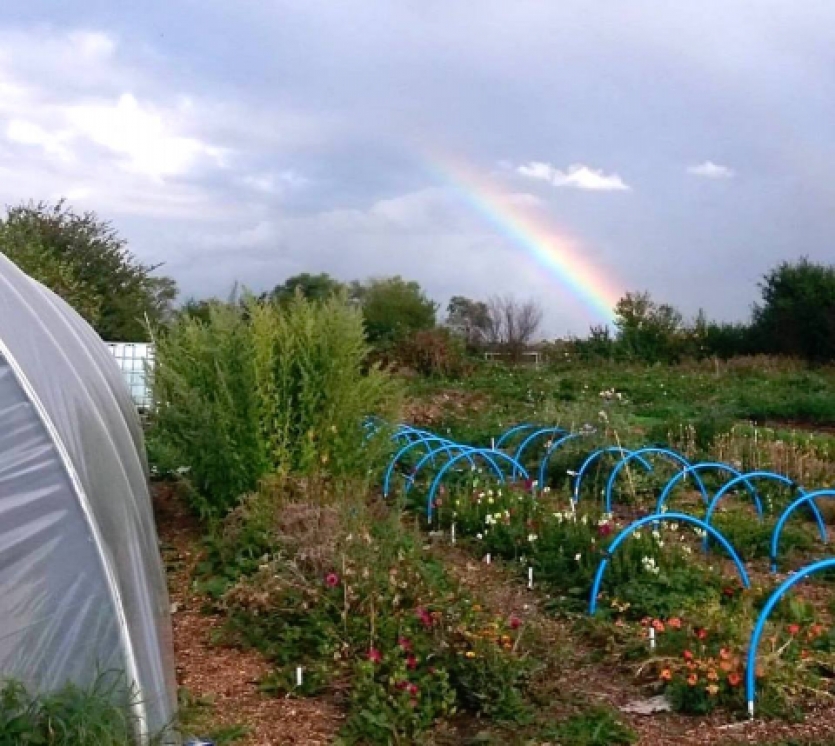 The treasure at the end of this rainbow is Audacious Veg, an urban farm in Hainault, NE London

2016 was a tough year by many measures and a lot of us are beginning 2017 with a combination of relief and foreboding. But while there's a lot of cause for concern there's also a lot to feel hopeful for.

The local food movement has gone global. Millions of initiatives are springing up all over the world, independently from one another but sharing the same principes of fairness, justice and sustainablity. From farmers' markets to urban agriculture, from 'edible schoolyards' to permaculture, the local food movement is sweeping the planet.

Like the food system, the energy landscape is changing too. In 2016 global carbon emissions from the burning of fossil fuels did not grow at all. It’s the third year in a row emissions have flatlined. Renewables now account for more installed capacity than any other form of electricity in the world, including coal.

There's increasing evidence that agroecology can feed the world. The fossil fuelled foundations of monoculture farming are starting to creak as depleting soils and pest resistance blight harvests. Industrial farming is becoming less productive and economical just as coal-generated electricity is.

This week Crop Drop's director, Rachel, is at the Oxfrod Real Farming Conference, which was established as a fringe event to the Oxford Farming Conference (OFC). Both events take place at the same time in January, just down the road from each other. Over its 60-year history, the OFC has predominantly represented corporate interests. The Oxford Real Farming Conference however focuses on agricultural sustainability, smaller-scale farming and re-localised food systems. Now in it's eighth year the ORFC is overtaking the ORC in number of delegates – a suggestion perhaps that more people in the agricultural sector are seeking out an alternative to the 'business as usual' narrative.

Much of this shift towards a cleaner, fairer and more sustainable future begins with the everyday actions of everyday people, like you and me. Your involvement in Crop Drop make a difference, and we're so grateful for you choosing the alternative with our little veg scheme. It may be a drop in the ocean, but it's part of a global shift towards a kinder, more conscious and connected future. So we're looking forward to another year of dropping crops for the greater good.