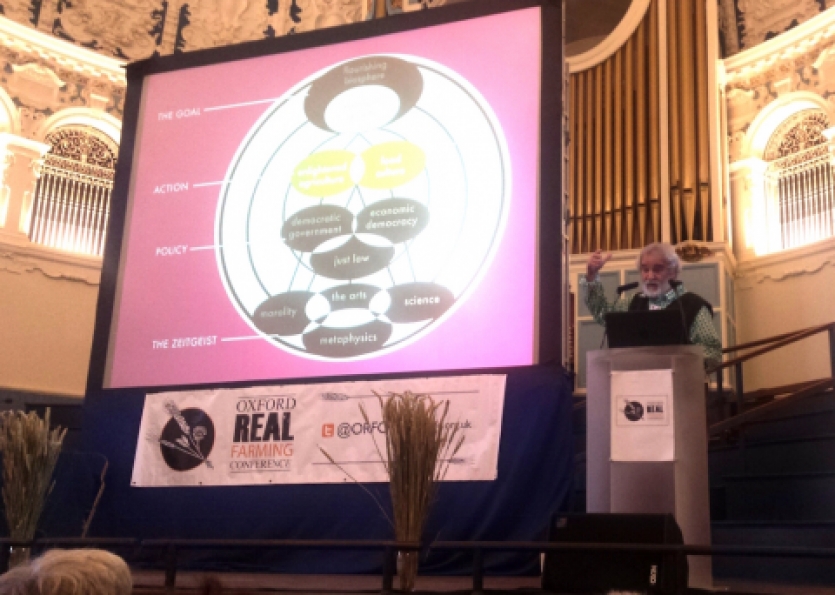 Last week I went to The Oxford Real Farming Conference with quite a large London contingent comprising of Growing Communities and Sustain staff. The conference brought together about 750 delegates - farmers, academics, activists, lawyers, politicians and associated enterprises like ours, to grapple with the big issues facing the future of farming.

There was such a diverse mix of people and the programme certainly was eclectic – whilst there were a fair few academics sharing their research on soil fertility, nutrition and antibiotic resistance amongst many other things, there were also campaigning bodies like Compassion in World Farming and the Landworkers Alliance discussing policy reform, Brexit and land rights. About half of the delegates were actual real farmers, some of whom led talks sharing practical knowledge about a whole range of topics from companion planting to stress-free handling of animals. An unexpected and pleasant surprise was discovering they had a poet in residence, Adam Horovitz, whose job was to “taking cuttings from all of your words and grafting them onto paper” 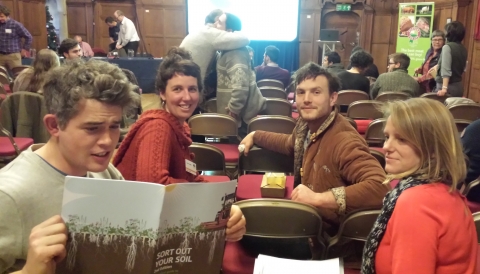 Another unexpected element was a whole philosophical strand of the conference that focussed on the much bigger picture examining agriculture from cultural, social, political and metaphysical perspectives. Colin Tudge, co-founder of the conference and the Campaign for Real Farming, chaired one of the last talks of the conference on farming and metaphysics, which brought together a Christian theologist, a Sufi peace broker and a rabi, who explored fundamental questions, “what is the universe?”, “why are we here on this planet?” and “what’s our purpose?”. They invited us to look at farming as the frontier where humans intersect with nature, and how we can tell a lot about human’s world view by examining how they work with (or against) nature in their farming practices. The consensus was that it is indeed possible for humans to flourish, not as a blight on the biosphere but as an essential part of the web of life but it requires a wholesale shift in our world view and belief systems from otherness and separation to oneness and interconnectedness.

Every aspect of the conference offered glimpses of and solutions for a better way forward – offering ideas and solutions to the fundamental question, “how do we produce nutritious food for everyone without wrecking the planet?”

Everyone  I spoke to seemed both terrified and inspired – because what we’re up against is huge – global market forces, political systems, food cultures - entire paradigms don’t just need to be shifted, they need to be completely dismantled and rebuilt.

Despite this there was an incredibly optimistic energy, perhaps because this event was crammed with people who are on the ground creating the future they believe in, from arable farmers making a radical shift from agrochemical to natural, organic methods, to citizens blocking the development of mega-dairies, to farmers transforming their farms into community hubs.