Bracing ourselves for Brexit and blighted yields 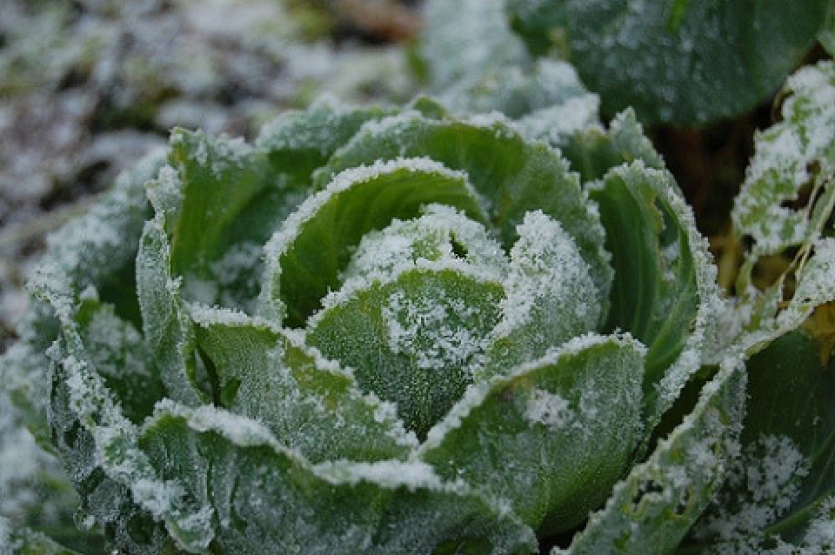 While the courgette crisis last week may have seemed like a big fuss (at least to us locavores), it's just the tip of the iceberg of supply issues ahead. We're usually pretty upbeat about the challenges we face as a small social enterprise working against the dominant neoliberal food system. We always expect a bit of a struggle. But unpredictable weather and political upheaval are adding a few new bumps on the already rocky road to a sustainable food future...

The unusual cold snap that the south of Europe is experiencing will affect supply and prices going into the spring, which is a time that we really rely on farms in Spain and Italy to see us through the hungry gap. Inclement weather throughout 2016 had a real impact on the variety of produce we've been able and we're still experiencing the effects now. Yields were blighted last year for a variety of weather-related reasons – the warm winter meant pests were not killed off so early spring crops really suffered from an onslaught of slugs, snails and aphids. In fact many farmers in the UK now say that they can no longer rely on the winter frosts. Following this the spring and early summer was way too wet – the majority of our farmers onions were wiped out by mildew and other yields were diminished. On the upside, glasshouse and polytunnel crops were largely unaffected which would explain why we had so many amazing local tomatoes and peppers last year.

On top of this our political microclimate is also starting to pinch. We're now seeing the effects of labour issues connected with Brexit. For instance, Capel Mushrooms who supply all our organic mushrooms have been experiencing labour shortages. Workers in mushroom production need to be well trained. This requires a stable workforce and Capel Mushrooms have always had this and many of them have been there for years. However with a clear reduction in EU labour generally and the drop in the value of sterling means the cost of retaining the best workers has risen. As a result Capel have had to increase their prices, which is a rare occurrence for them.

Whilst the small organic farms we work with use more local British workers and pay higher wages, they will still face labour issues – we have a skill shortage in UK agriculture partly due to the profession becoming untenable. Farmers are so badly paid (farm gate prices has fallen drastically and consistently over the last 40 years) that for decades now they've been leaving the profession and their successors opting out for more viable occupations. The drive towards farm expansion has also meant that much of the traditional farm jobs have been replaced by machinery.

Some of the small organic farms we work with will be less affected by this, as they're less reliant on European agency workers and employ more skilled, local and long-term staff. However, change is coming, and there are still so many unknowns so we're bracing ourselves for more turbulence ahead. We'll still continue to do our best to get you the freshest best quality produce from as close by as possible, and with urban growing projects on the increase, like Living Under One Sun in Tottenham and London Grown's new Tottenham site in the pipeline, we're looking forward to more food from Haringey this year. With every new customer and each new acre of land converted to organic, we're building resilience in our food system.